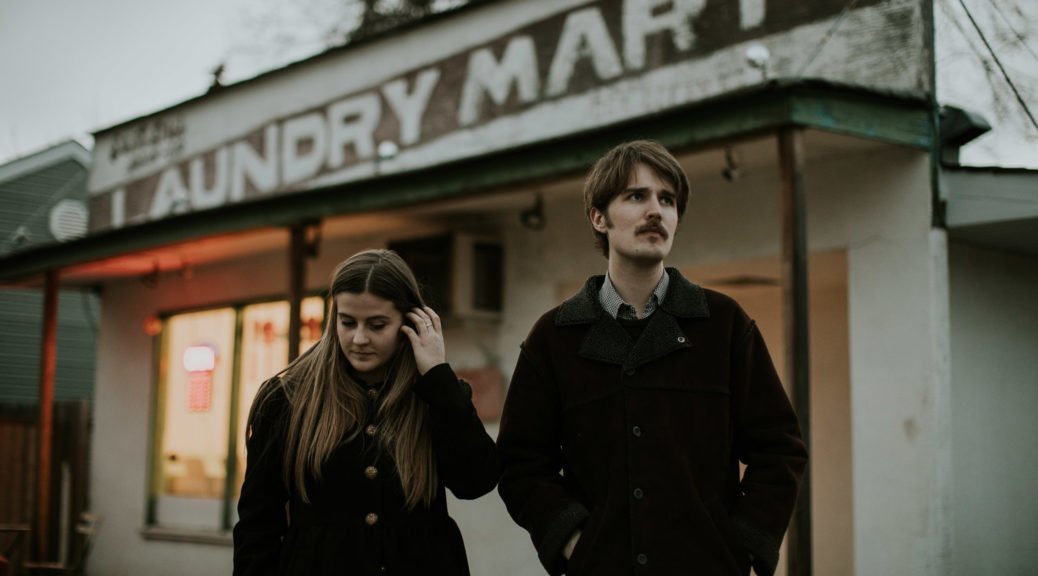 A recent highlight in Clayton Linthicum’s agricultural lifestyle in rural Saskatchewan was when he drove his truck into a cow near his parents’ ranch. This may or may not have been due to stress induced by his phobia of grasshoppers, but either way, it’s a curious background for a twenty-year old to become steeped in the legacy of Shirley Collins, The Watersons and Davey Graham. On a visit to London in early 2015, Clayton made a bee-line for Cecil Sharp House and spent a day researching English folk tradition.

His 18 year old second cousin, Kacy Anderson, has already been christened “the new Sandy Denny”, but, in contrast to many such claims made for singers in the past, this time it really is justified. The purity of her voice and the beauty of the songs the cousins create together, build on, rather than replicate the tradition of early Fairport that they love so much – but in their own unique fashion. The intricate guitar work and the bold and unexpected time changes in the title track make the song the perfect lead-in to an enormously satisfying and organic album.

Kacy and Clayton grew up six miles apart from each other in the Wood Mountain Hills, a ranching district of southern Saskatchewan. Their great-grandparents established their ranch after moving from South Dakota around 1911. When Clayton’s parents went away on holiday when he was aged just ten, he spent a week learning rhythm guitar techniques from his great Uncle Carl. Kacy and Clayton had been hanging out since they were small children but it was around 2009 that they started playing gigs at the local Wood Mountain bar. The following summer they played a few Saskatchewan festivals and club shows. In 2011 the country cover band Clayton was in played a cabaret in Chaplin, SK and it was there that he met the much older Ryan Boldt. “We bonded instantly over the music of Jean Ritchie, Shirley Collins, and Mississippi John Hurt,” says Clayton. “The following week, Kacy and I went to visit Ryan at his house in the town of Mortlach.” Thus began the friendship and collaboration that Kacy and Clayton have with Ryan Boldt and The Deep Dark Woods.